Dr. Marvin Sweeney specializes in Hebrew Bible studies with a particular focus on prophetic literature. He is especially interested in biblical theology, literary-critical methodologies, ancient exegesis of biblical texts, and the interrelationship between religion and politics in both the ancient and modern worlds. In addition, he teaches courses in the history of Judaism and Jewish thought. He is currently writing a commentary on Isaiah 40-66 (FOTL, Eerdmans), an Introduction to the Pentateuch (Abingdon), a two-volume study of Jewish Mysticism (Eerdmans), and a two-volume commentary on Jeremiah (Illuminations; Eerdmans).

He is Vice-President of the National Association of Professors of Hebrew (2013-15), Professor of Tanak (Bible) at the Academy for Jewish Religion California (2000-present), and formerly Underwood Visiting Professor of Divinity at Yonsei University, Seoul, Korea (2011). 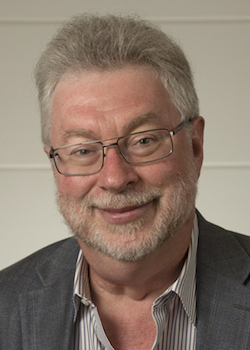