Dennis MacDonald earned his undergraduate degree from Bob Jones University, a Master of Divinity from McCormick Theological Seminary, and a Ph.D from Harvard University. He taught Theology and Biblical Studies at the Iliff School of Theology in Denver, Colorado from 1980 to 1998. From 1998 to 2015 he was the John Wesley Professor of New Testament at the Claremont School of Theology and Professor of Religion at the Claremont Graduate University. He was the former director of the Institute for Antiquity and Christianity at Claremont.

Professor MacDonald is known for his pioneering work in Mimesis Criticism. Several of his books, including Christianizing Homer and The Homeric Epics and the Gospel of Mark, argue that many early Christian narratives show the direct influence of Homer's Iliad and Odyssey, as well as other ancient texts such as Vergil's Aeneid and Euripides' Bacchae.

Another major contribution to the field is MacDonald's recent book Two Shipwrecked Gospels, in which he tackles the synoptic problem and proposes a new solution: the Q+/Papias Hypothesis. 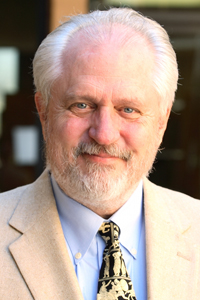